One of the great privileges of working on volcanoes is that you get the chance to visit some amazing places, and to meet some extraordinary people. Recently, I got the chance to return to Montserrat, a small volcanic island in the Caribbean which has been the site of a dome-forming eruption since July 1995. I had first visited Montserrat in early 1998, when I had a short tour as one of the staff scientists at the Montserrat Volcano Observatory which, at that time, was temporarily located in the north of the island.

In my report for the Cambridge Evening News for the first week of February 1998, I wrote ‘Montserrat’s volcano coughed back to life this week, and reminded us of its ability to make the lives of thousands of people miserable. Every eight hours there were pulses of earthquakes as avalanches of rock fell from the dome. None of these earthquakes was large enough to be felt, but during each pulse of activity vast orange-grey clouds of dust or ash rose from the volcano. These clouds drifted across the island, sprinkling everything with gritty powder. As the clumps land they break up into tiny dust particles which form an irritating, choking haze that coats everything with a stubborn grey film. In the space of two days, fifty thousand tonnes of ash smothered the island under a layer of what looks like cement powder.’ 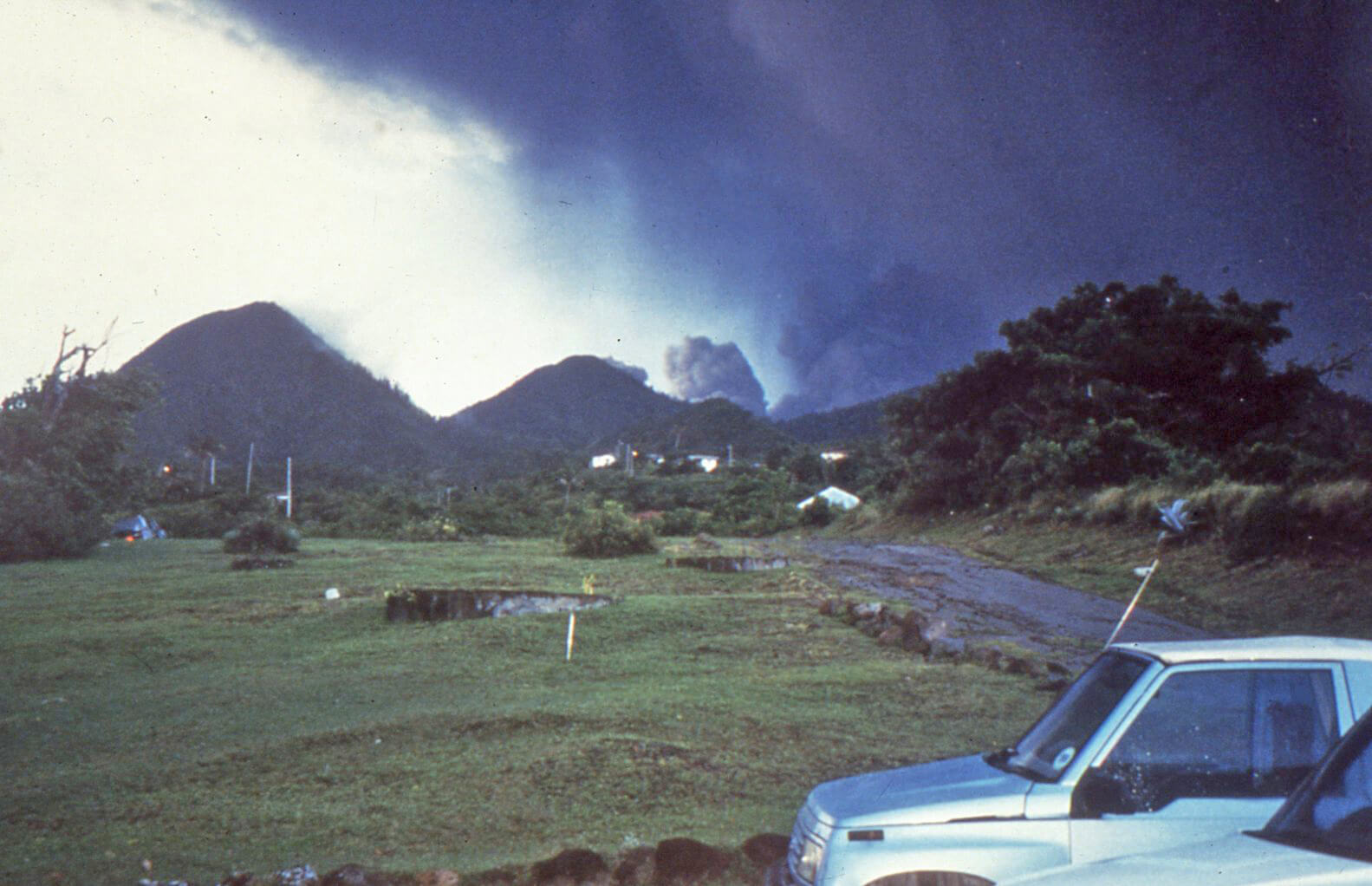 At that time, the eruption was in its third year, and no-one really had much of an inkling of how long the activity might continue. The capital of Montserrat, Plymouth, had been permanently evacuated two years earlier and, by early 1998, the edge of the ‘exclusion zone’ extended well into the north of the island, leaving the communities of Salem, Olveston and Old Towne like ash-coated ghost towns. 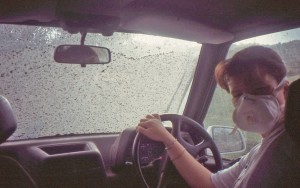 Fourteen years on, I returned to Montserrat for the first time since 2000 for the initial workshop of an ambitious project called  ‘Strengthening Resilience in Volcanic Areas’ (STREVA), which brings together physical and social scientists from universities, observatories and research institutes from five (or more) countries.  Montserrat is a key place for us to start to begin to understand the factors (physical, social, societal, cultural, economic…) that influence how people and communities respond to, recover from and learn to live with volcanic eruptions.

A lot has changed on Montserrat in the intervening years. The eruption has continued, in pulses and pauses, and, if anything, it appears to have settled into a pattern of behaviour that is both familiar, and that can be lived with. Outside the immediate perimeter of the volcano, and the debris-strewn fans that tumble down its sides, much of the landscape has recovered. Salem and adjoining communities have been open for the past decade, and a purpose-built volcano observatory now occupies a prominent viewpoint overlooking the steaming volcano.  The island is green and vibrant and, even in the once-suburban areas that were last occupied seventeen years ago, gardens are splashed with the rich reds of bougainvillea and hibiscus. A quick comparison of the airport at Gerald’s (today, below), 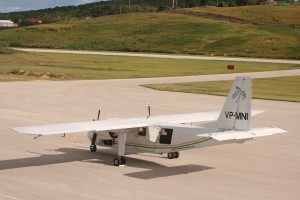 The airport at Geralds, Montserrat, 2012 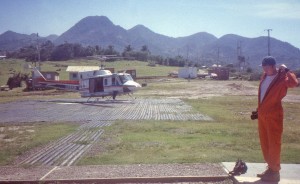 The helipad at Geralds, 1998. Dr Paul Cole (currently Director of the Montserrat Volcano Observatory) prepares for an observation flight.

‘Montserrat is open for business’ was the message from the current Governor of the island, Adrian Davis, as he opened the workshop. There are ambitious plans for the future, building new capacity for tourists and other activities in the north of the island, which has only occasionally been directly affected by the volcanic activity. But the strongest evidence for the strength of resolve of the residents of Montserrat, and of the bright signs for the future, came from the stories of those who lived through the darkest days of the eruption. In some of the most captivating and emotional talks I have been privileged to listen to, speaker after speaker took the audience on their personal journeys of survival and resilience. One common theme that came across was the role played by music in coping with the distress, hardship and loss experienced by communities across the island. Herman ‘Cupid’ Francis, was a teacher before the eruption, and is now three-time Calypso Monarch and Montserrat’s Director of Culture. He summed up the spirit of 1996, the height of the crisis when people were being displaced from their homes and livelihoods, with his song ‘when you go don’t go too far .. take the road that leads you home’.